The abundance of folk and traditional arts in Central Appalachia must be preserved and accessible to future generations. To ensure that the lives, lessons, and stories of tradition bearers are kept and documented, South Arts has developed a team of documenters who will make record of this work. In the future, the material developed through ‘In These Mountains’ will be made available through university libraries, cultural organizations, and archives throughout the South.

Our documenters include university students and community scholars. 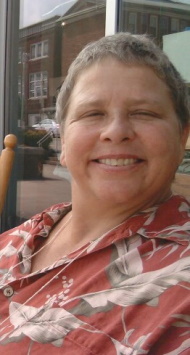 Timi Reedy is a mycologist and ecofeminist homesteader in Rockcastle County, Kentucky, and she has been a volunteer with Appalachia-Science in the Public Interest (ASPI) since the 1990s. In 1996, she helped conduct an ASPI video oral history project gathering stories from Appalachian people over 65 and their memories of the forest. As part of this project, she conducted two interviews with her grandmother, one about the forest in Eastern Kentucky where she grew up and another on her music career. She currently serves as the board president and ASPI Service-Learning Coordinator.

In her spare time, Timi enjoys writing poetry and performing Appalachian freestyle with her friends. In 2013, she produced an “Appalachia Mixtape” as follow-up to the 2012 Harlan/Knoxville MicroFest organized by the Network of Ensemble Theaters. Timi and her partner are co-producers of a multi-media documentary project about Timi’s grandparents, Frances and John Reedy, who were founding Bluegrass musicians and songwriters (http://remembereedy.blogspot.com). They have received several research and arts-related awards related to this project, including an Appalachian Sound Archives Fellowship in the Berea College Special Collections and Sound Archives, a Family Research Fellowship from the Kentucky Historical Society, an Artist Enrichment Grant from the Kentucky Foundation for Women, and an Artistic Assistance Grant from Alternate ROOTS. Timi is also a certified Community Scholar through the Kentucky Arts Council program. 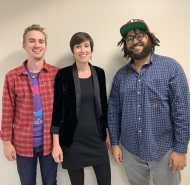 Jesse Barber is a documentary photographer based in the Appalachian region of western North Carolina. His work focuses on rural community and the importance of traditional values and relationships with labor and religion on the culture of these communities. He is passionate about using photography to bridge gaps, awaken new perspectives, and expand understanding of community. He has worked with people collecting stories from mill village workers in rural North Carolina to Mayan coffee farmers in Guatemala. Through his experiences, he has gained knowledge as a photographer and storyteller. Growing up in the rural South, he has a first-hand perspective of the small communities that draw meaning out of life. 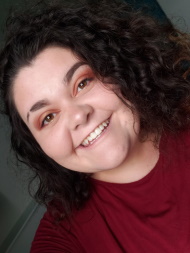 Colby Bigham is a junior at Berea College, majoring in English with minors in Creative Writing and Appalachian Studies. She calls Maryville and Knoxville, Tennessee home. While in high school, Colby also became a representative in her cosmetology program, winning second place at state during her junior and senior years. One of her biggest accomplishments has been travelling with other classmates on a trip to Ireland as a way of exploring their creative writing abilities, this internship being another. Colby has many plans for the future, the most prominent being her desire to make positive change in the Appalachian region. 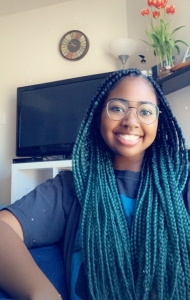 Shaylan Clark is a 23-year-old Black filmmaker from Harlan, Kentucky. She is currently a Communication student at Berea College, focusing on Broadcast Journalism. She is passionate about filmmaking and raising awareness about issues that affect the people of Appalachia. She interned with the Appalachian Media Institute for three years and in her first year she made a documentary that discussed Black Lung disease called Dying Breed. Shaylan created this film in hopes of educating people on what Black Lung is and how it effects the health of coal miners. Her second film discussed the lack of sexual education in rural communities, in partnership with All Access EKY. Shaylan has also worked with the community theater project Higher Ground since 2014, helping to gather stories, create scripts, and portray complex Appalachian characters. Shaylan hopes to continue educating others in creative ways toward a positive impact on her community. 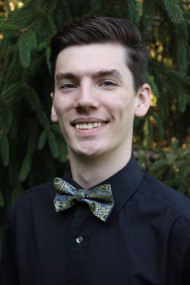 Bailey Clayton is a senior History student at Mars Hill University in Mars Hill, North Carolina. He is also a fourth-year dancer on the collegiate clogging team, the Bailey Mountain Cloggers. With the team, he has experienced many cultures of the world through travel and dance, representing the United States in multiple cultural festivals, including travelling to Colombia, South America, the Netherlands, the Azores Islands in Portugal, and Ireland. He has also been a part of four of the team’s twenty-eight national titles and has won five national championships in solo competition for flatfoot, traditional, contemporary, and overall male clogging. For his In These Mountains research, he is conducting oral history interviews related to the history of the Bailey Mountain Cloggers. He is especially interested in how the team has upheld Appalachian dance traditions.

Noah Eubanks is an Asian Studies major and a second-year student at Berea College from a small town in Kentucky. His plans are to become a teacher and teach in Japan. A major proponent to this could be through his self-identified, limited knowledge of cultural differences growing up in a rural community. This sent Noah down the path to practice more intimate instances of cultural humility at Berea College, such as what clubs he joined (i.e. Asian Student Union). His hope is to eventually teach Eastern culture in rural communities like the one he grew up in, so he can greatly broaden students’ ideas of the world.

I've been thrilled with my ITM experiences in this first month. The second week of September, I traveled to Knoxville to visit and interview Bill Alexander, a poet of the oral tradition and master craftsman and historian of Appalachian Bark Berry Baskets. In September and October, I made four visits to Stanley Marley in Caldwell Co., NC. He's allowed me to participate and make photos and videos of his annual family molasses boil, and has extended the invitation to come back once this busy time is over to learn more about beekeeping and hound-breeding as he learned from his grandfather. It's been wonderful to connect with these tradition bearers, and they are enthusiastic about having their knowledge archived and shared. My experience so far with this project has been incredibly rewarding, and I’m beyond excited to continue this work through the academic year. 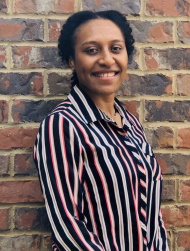 Stacey Keruwa is from Papua New Guinea, an island in the South Pacific. Her hometown is in Mt. Hagen, Western Highlands Province. She graduated high school from Ukarumpa International School located in the Eastern Highlands Province of the country. Her major is Agriculture and Natural Resources with double minors in Economics & Sustainability and Environmental Studies. She works at Berea College's Hutchin's Library as a Building Manager and Reference Desk Associate that enables her to work with both staff and with patrons. She helps to ensure that the library is running safely and smoothly when librarians are not present, as well as to help assist patrons with their research inquiries. She is very interested in preserving people's cultures and traditions. Where she comes from most of the culture and traditions for centuries have been passed down orally or through storytelling, and because of that there are not a lot of documentations or mediums to help preserve them for future generations. She wants to gain experience in learning how to become a better researcher and fieldworker through the South Arts internship in order to help preserve the past. She enjoys watching sunsets and sunrises, hiking, traveling, long walks on the beach, baking, reading, looking at cute dog pictures, and playing or watching soccer.

Jennifer Lance is a senior communication major currently residing in Berea, Kentucky where she attends Berea College. Navigating cultures has become second nature as growing up “Army Brat” afforded her opportunities to live and travel throughout Europe. Photo journaling experiences as they come, Jennifer’s greatest accomplishment to date is landing a scholarship to The New York Film Academy in Burbank, California. There, she learned how to photograph with deeper meaning and now aspires to be a visual storyteller. Today she stays stateside, but not for long. Once she graduates, she plans to travel and share the world with her eight-year-old daughter.

The In These Mountains Initiative means a great deal to me because discussions of Appalachia are becoming increasingly more nuanced, considering a wider breadth of diverse narratives that reflect the region’s realities. This project reflects that. As someone who is both from the region and studying it, being a part of this work and engaging in dialogue with all types of Appalachian folks is an incredible opportunity.