Our Board of Directors represents leaders from our nine-state region and beyond. They work across sectors in business, government, and the arts. We’re proud to have these thoughtful and accomplished leaders leading and advancing South Arts, and to welcome several Board members effective July 1!

Natalie Chanin (Florence, AL) is a designer who builds a community of her own through Alabama Chanin. In the year 2000, Natalie began her first collection—a “project” that would become Alabama Chanin. After taking the collection to New York City to showcase at the Hotel Chelsea, it was immediately recognized by buyers from department stores including Barneys New York. Her inspiration comes from her grandmother, who sewed every garment her children wore as well as Chanin's, while also gardening and cooking fresh food.

Alice Randall (Nashville, TN) serves on the faculty of Vanderbilt University where she is Andrew W. Mellon Chair in the Humanities and Professor and Writer-in-Residence in the Department of African-American and Diaspora Studies. She is a maker and scholar of Southern food, Southern song, Southern children's literature, and Southern protest literature. Randall is the New York Times bestselling author of five critically acclaimed novels and has written over 20 songs including XXX’s and OOO’s, which has been recorded by Trisha Yearwood.

Nigel Redden (Mystic, CT) recently retired as the General Director of Spoleto Festival USA, a role which he held since 1995. At Spoleto, Redden has championed emerging artists, commissioned new operas, and overseen significant art exhibitions. He has also been instrumental in the restoration of both the Dock Street Theatre and Festival Hall, formerly Memminger Auditorium.

Mike Woodard (Durham, NC) is a State Senator representing Durham County. Senator Woodard is the founding co-chair of the General Assembly’s Arts Caucus and has authored numerous bills and appropriations supporting arts, arts education, and culture programs. He has been active in community and state affairs for more than 30 years, including leadership roles with the Durham Arts Council and the American Dance Festival. Before joining the General Assembly in 2013, he served on the Durham City Council for seven years.

Visit https://www.southarts.org/about/staff-board-directors for more information on our board of directors and staff.

Farewell and Thank You to Ben Rex 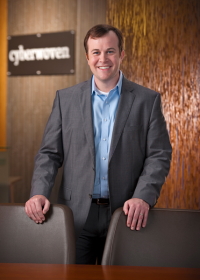 South Arts would like to thank departing board member Ben Rex for his outstanding leadership and volunteer efforts over the last eight years. Ben first joined the board of South Arts in 2014. He served initially as an at-large board member before moving into the Treasurer role from 2016-19, then serving as Chair from 2019-2021.

Ben, who is the Founder and CEO of Cyberwoven, has been instrumental in pushing South Arts forward through building new relationships and partnerships and adopting an entrepreneurial mindset and embracing opportunities to grow.

We will miss working with Ben but know that he will stay involved as a past board member. Thank you, Ben!